After the decree of expulsion of 1492 until today 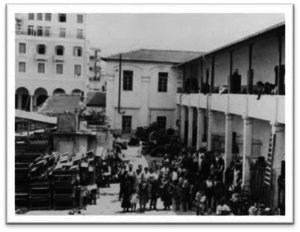 After the expulsion of 1492, the Catalan Jewish conscience could have spread quickly, in Rome, Istanbul, Edirne, Safed, and especially in Thessalonica, the Catalan Jews maintained their independence until the twentieth century, when the claws Nazism exterminated numerous Jewish communities. At XVII century many epitaphs in Thessalonica and other cities show that Catalan, Bargillon, Arocas, Saporta, Caballero, Chacon, Barzilai, Toledano, had become surnames. The subsequent mass arrival of Jews from the Spanish Catalan was cornered. The case of the Knight family, original of Falset, is revealed, which changed his name to Thessalonica, by Caballero.

One of the foundations for the Jewish people for the maintenance of their religious and ethnic identity was education. The school, the family and the synagogue founded the education of the Jews. The role of the mother in the education of children (and more in that of girls) was essential.

After the raids, killings and expulsion, it took many centuries to go so that the Jews would return to Catalonia and settle there. 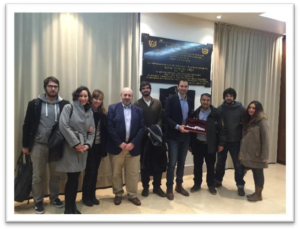 Already during the Spanish war from 1936 to 1939, young Jews from Kraków, some descendants of that exile, arrived in Barcelona and joined the International Brigades. They fought bravely and generously against Franco and Fascism. A few years later, during the Second World War, Catalan guides helped the fugitive Jews of Nazi barbarity cross the Pyrenees to embark towards America.

Today many Jews have settled in Catalonia where they are part of the productive fabric with renowned shops and companies; and their young people study in the Catalan universities.