ESCAPE ROUTES THROUGH THE PYRENEES 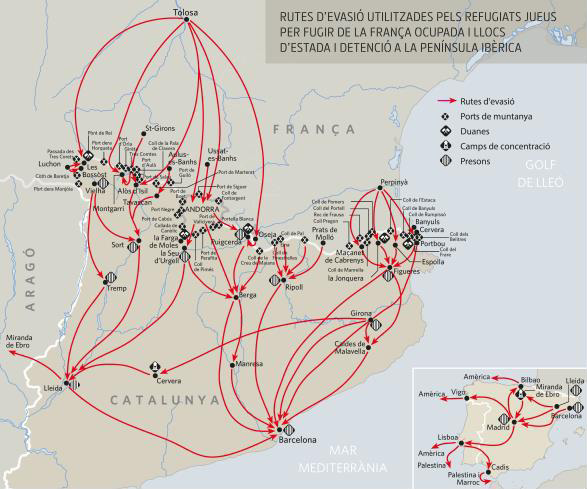 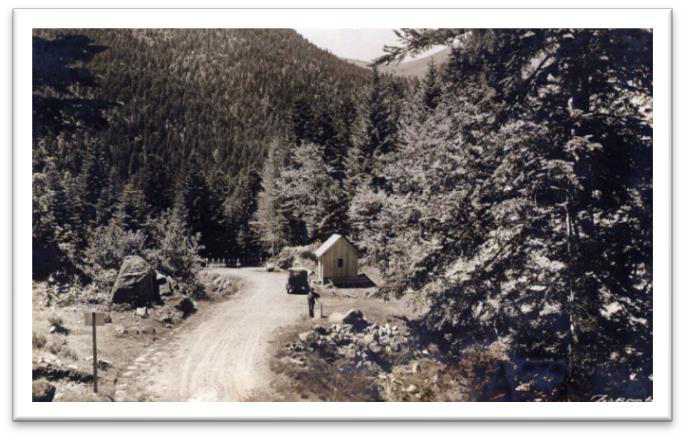 During the Second World War (1939-1945) it is estimated that approximately 80,000 people crossed the Pyrenees to flee from the Nazi terror that already ruled in Germany in 1933. Most of these people were Jewish, but there were also soldiers and allied aviators, fighters of the resistance of various nationalities (French, German, Austrian, Polish, Czech, etc.) and refugees from invaded countries, among others. They sought refuge beyond the expansion of Nazism, through the Pyrenees. Most of them had as their final destination America or Palestine, as well as England for combatants. But the place of passage of all of them was along the border with France, the Pyrenees. It is for this reason that in Catalonia evasion networks were created to make these refugees move from one side to the other on the border. We recover this episode that was lived in our house and that affected many Europeans: the passage of people who, fleeing National Socialism, crossed the Pyrenees – evasion networks – looking for refuge and, in parallel, Rescue network that these evaded were found in Catalonia.

This network extended from the border passes of the Pyrenees to the port of Barcelona, ​​or it continued towards Madrid and even Lisbon. Thus, in the city, the effects of the conflict in the rest of Europe were experienced: Nazi and British spies, refugees looking for official papers to leave the country, Polish Jews, Germans, French or other countries of the east, allied aviators, supporters of Fürher and Duce who, in complicity with Franco’s dictatorship, pursued these refugees. All of these are little known facts within the broad casuistry of World War II.

The majority were guided by experienced passers (guides), as capable smugglers, republican and maquis soldiers, who knew the mountains of the Pyrenees as the palm of their hand. Many of the evasion routes passed through the city of Manresa, where they took the train to go to Barcelona, ​​and take refuge in the consulates of the allies and the “safe houses” that were in the Catalan capital. The participation of the passers was vital to save lives on thousands of people. Many of these pins cost a lot of money and others not so much to do this job. Some even did so by idealistic vocation and did not charge five, because they believed that once the Nazis of Europe were defeated, the next to fall would be the Franco dictator and everything would be easier.

Crossing with the help of a pin was also at risk, since not everyone had the same moral and ethical principles, some of these pins were scammers, thieves, murderers and criminals who took advantage of the Jews to steal -they (because they used to go with jewels, gold and lots of money during the journey), even some would end up being confident of the Civil Guard and the Gestapo that watched Andorra’s evasion routes. Many Jews were murdered by their strikers to avoid discovering this double-passive game. It was necessary, therefore, to monitor very well with whom you were going and above all to do nothing to raise suspicions to third parties. They were difficult years, where the people of the mountain were very vigilant. Confident everywhere, people who betrayed, people who denounced, money was a good incentive in a time of hard post-war where there was almost nothing anywhere for lunch. We will expose some first-hand testimonials.